The 2020 legislative year has been the strangest in modern times.  The COVID-19 pandemic has forced legislators out of the Capitol twice this year, once between March and mid-May and once for two weeks at the end of July when two Assemblymembers contracted the virus.

The unanticipated recesses have injected a dose of chaos into the legislative process.  Legislators have had to significantly reduce the number of bills they are carrying, something that has created tensions both within and between the Assembly and Senate.  In the meantime, the budget is a complete mess, making it even harder to pass any measure with costs to the state.  At the same time, the Governor has been distracted by one crisis after another, and it appears that has slowed negotiations on major priorities in the final month of session.  All of this weighs heavy on the Legislature as they are rapidly approaching the August 31 deadline to conclude their business and adjourn.

This week, the Legislature was thrown yet another curve ball.  On Wednesday, one Republican Senator, Senator Brian Jones, and a CHP officer tested positive for COVID-19.  Consequently, the Senate cancelled its Wednesday session with very little notice, directing staff to either stay out of the building or shelter in their offices until further notice.  Later that day, the Assembly came into session despite sharing a building with the Senate while the Senate Pro Tem announced that they were conducting contact tracing to determine the level of exposure in the Senate.  Meanwhile, lobbyists and staff were left wondering exactly what this would mean for the rest of session.

On Thursday, the Senate reconvened with ten of its eleven Republican members absent.  While Democrats have been caucusing via zoom, most Republicans have continued meeting in person.  They also recently met for an in-person dinner.  Consequently, Senate Leadership chose to prevent members who attended those meetings with Senator Jones from attending floor session in person.  Instead, they would be forced to remain home and vote remotely from there.

The sole Republican who did not attend the recent caucus meetings, Senator Nielsen, objected strenuously to that move during Thursday’s session.  He noted that when legislators contracted the virus previously, the entire Legislature recessed for two weeks and argued that the only reason the Senate was not doing so this week was to continue moving bills in advance of the August 31 deadline.  He also pointed out that Senator Jones had interacted with other legislators still present on the Senate Floor Thursday.  Senator Nielsen concluded his remarks with a retaliatory move, removing all bills from the consent calendar.  While he later rescinded that move, the threat of forcing his colleagues to take roll call votes on all of those bills remains.

What Happens if There are More Infections?

At the end of Thursday’s Senate meeting, all Senators were tested for COVID-19.  It is unclear what would happen if more Senators, Assemblymembers, or staff contract the virus between now and the end of session.

As noted above, previous outbreaks have caused the Legislature to recess for two weeks.  The choice is more stark than it was before, however, as it is now a choice between passing legislation, and adjourning for the remainder of 2020 without doing so.  It seems more likely that the Legislature would attempt to at least meet to take up priority legislation.

Lots of Work Left to Do

As we noted last week, the Legislature has several high priority items remaining in addition to its usual bill load. The Governor and Judicial Council have issued orders limiting evictions in California.  For the past several weeks, Governor Newsom has been working behind closed doors to negotiate compromise legislation that could take the place of those orders.  It is a tricky issue for Democrats whose core constituencies will react poorly if the proposal yields too much ground to landlords.

On the other hand, if the proposal overburdens property owners it could cripple the state’s already struggling housing market.  While in Congress and in other states Democrats must contend with their Republican colleagues who can “force” more reasonable concessions from them, California Democrats must bear all of the responsibility for policies they enact.  If the Governor, legislators, and landlords can reach agreement, the bill will require a 2/3 vote in order to take effect before January 2021.

Similarly, a new stimulus proposal backed by some Democrats in the Legislature would require a 2/3 vote to pass.  AB 1659 (Bloom), a $3 billion wildfire resilience bond, was put into print Tuesday.  The bond, which would provide funding for wildfire prevention activities, especially utility infrastructure improvements, would be secured by a $0.96/month fee on electric utility bills.  While ratepayers are already paying this fee, AB 1659 (Bloom) would extend the collection of the fee for an additional 15 years.  The Governor has yet to weigh in on the proposal.

Lastly, several worker protection measures related to COVID-19, including changes to workers’ compensation eligibility and new notification requirements for employers, are still being negotiated in the Governor’s Office.  These bills would also require a 2/3 vote to pass if they are to take effect sooner than January 1.

It takes 27 votes to hit 2/3 in the Senate and 54 in the Assembly.  Currently, the Senate has 29 Democrats and the Assembly has 61.  The bottom line is, if a few Democrats become infected with COVID-19, 2/3 vote bills become far harder to pass unless the Assembly and Senate rely on remote voting.

Both houses have set procedures for remote voting since the beginning of the pandemic.  While it has been used in select circumstances, the legality of remote voting is questionable.

To date, that question has been moot as remote voting has only been employed in committees and on bills that had enough votes to pass without needing to rely on the remote votes to reach a majority.  If a bill must rely on remote votes to get off of the Assembly or Senate floor, the law will almost certainly be challenged in the courts. We will keep you apprised of further developments as session draws to a close. 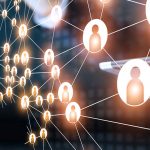