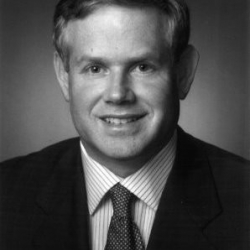 MitchReitman
Mitch Reitman is Managing Principal of Reitman Consulting Group, Inc.He is a Member of the Electronic Security Hall of Fame and the 2009 recipient of the Mark Schubert Associate of the Year Award from the California Alarm Association.He can be reached at MReitman@Reitman.US.

Latest posts by MitchReitman (see all)

Payroll taxes and withholding present a tempting source of working capital for a small business.  Payroll tax payments are easy to divert because there isn’t really an invoice (at first).  Payroll taxes and withholding are ‘voluntarily’ reported on IRS Form 941 (Employer’s Quarterly Federal Tax Return) and paid via direct deposit to the IRS.  The IRS does not typically pursue unpaid payroll tax liability for a year or two so, at the outset, employers may find it easy to keep the funds.  Many business owners believe that they can file 941 Forms that  underreport tax liability and pay in lower amounts than actual withholding.  These schemes do not end well as this business owner found out.

Thomas O’Connell owned and operated three plumbing businesses and from at least 2005 through 2016 did not pay federal employment taxes for several quarters. Instead, he directed payments to other creditors and to his personal expenses.  The federal tax loss from O’Connell’s conduct totaled more than $550,000.  This may sound like a lot of money but it was only around $950 per week.  Mr. O’Connell apparently did not spend the money on lavish assets, he probably just used it to keep cash in the bank.  Sentencing is June 24, when he faces a maximum of five years in prison, a period of supervised release, restitution and monetary penalties.

The moral of the story is, if you need additional money in the bank, borrow it from the bank.  If you look to the IRS as a short term of cash, you may end up with a long-term problem.