The Governor and the Legislature continue to negotiate on a budget that would resolve the state’s $54 billion deficit. The state Constitution requires the legislature to pass a balanced budget by June 15 or not get paid. Recognizing this leadership in the Assembly and Senate announced Wednesday that they would adopt their version of the budget next week while negotiations continue with the Governor. This has not happened since 2011 when Controller John Chiang refused to pay legislators after passing an unfinished state budget.

Following passage of the budget, legislators still plan to adjourn for a summer recess with the Assembly planning to be out of town from June 18 to July 13 and the Senate planning a recess from July 3 to July 13. Normally summer recess in an election year is an important opportunity for legislators to go home and focus on their district in advance of the November election.

COVID-19 will likely impact California’s electoral politics as it has most other facets of life. Exactly how is less clear. There are several observations worth making.

Much has been made of all-mail voting by President Trump and some Republicans in Congress. However, voting by mail is nothing new in California. With the passage of the Voter’s Choice Act in 2016, California counties were empowered to begin sending mail-in ballots to all of their registered voters and fifteen counties have already adopted that model. While vote centers remain open in these counties for ballot drop off, late voting, and late registrations, 72% of ballots cast in the March primary were mailed in.

A companion measure to the Voter’s Choice Act, also enacted in 2016, allowed voters to designate an unrelated person to collect and submit their ballot on their behalf. This change was a boon to Democrats in the 2018 election. By leveraging their bigger fundraising base and labor pool for ground campaigns Democrats were able to “harvest” ballots in door-to-door campaigns and successfully flipped several Republican held state and congressional districts in 2018.

COVID-19 and social distancing could impact these tactics and ground campaigns generally. However, much will likely depend on how much infection and spread increases as the economy reopens in the coming months.

As the most prominent elected official in the state, the Governor has a naturally strong platform to influence elections in California. For Governor Newsom, that’s even more true in 2020. A PPIC poll conducted in late May found that 64% of likely voters approved of the Governor’s job performance. With a high approval rating, and lots of name ID given his very public handling of the COVID-19 pandemic, Governor Newsom has the capacity to play a big role in legislative races and ballot initiatives.

What’s On the Ballot?

The California Teachers Association (CTA) and the Service Employees International Union (SEIU) are championing a split roll property tax initiative that has qualified for the November ballot. The initiative would remove the existing Prop 13 property tax protections for commercial and industrial properties. It is estimated that the split roll property tax would generate an additional $10-12 billion in new revenue for local governments and schools.

The economic crisis brought on by the pandemic may make a tax increase on businesses even more politically challenging. In the same PPIC poll noted above, likely voters ranked COVID-19 (35%) and jobs and the economy (25%) as the most important issues facing California with everything else trailing in the single digits. 60% said the Governor and Legislature should not include new taxes in the budget.

Fundraising will also be an issue for both sides of this campaign. The union backers were expected to put $40-$60 million into the campaign. However, they will also be required to bankroll the opposition to a well-funded initiative described below related to worker classification. Meanwhile, the business community may face its own challenges raising money to oppose this initiative during a recession.

AB 5 Roll Back for Uber and DoorDash

In 2018, the California Supreme Court made a landmark decision (Dynamex Decision) changing the rules for classifying workers as independent contractors. This decision was codified in AB 5 (Gonzalez) in 2019. The upshot of the decision and the bill is that more workers will have to be classified as employees entitled to all of the rights provided to employees under California labor law.

Uber, Lyft, Doordash, and other app-based companies have been hit particularly hard by the change since their normal practice is to treat their workers as independent contractors. Consequently, these companies have qualified an initiative for the November ballot which would exempt certain companies from AB 5/Dynamex. As noted above, their $100 million campaign will face opposition from organized labor.

In 2018, a ballot measure to allow local governments to impose rent control on single family and multi-family homes failed with 59% of the electorate voting against it. Since then, the Legislature has weighed in on the issue by imposing limitations on annual rent increases in multi-family and single-family homes in 2019.

Despite the Legislature’s action, the Aids Healthcare Foundation (AHF) is backing another measure to empower local governments. To make the initiative more palatable, the AHF chose to exempt buildings 15 years old or newer as well as landlords owning 1-2 single family homes or condos. The measure will undoubtedly be opposed by the California Apartment Association and others whose arguments are bolstered by the legislature’s actions in 2019. On the other hand, it’s unclear how much, if at all, the economic recession will bolster AHF’s efforts.

Signatures are still being gathered on additional ballot measures, which is complicated by the fact that signature collectors are hampered by the inability to collect signatures due to COVID-19. The November ballot will also include measures placed there by the Legislature. We will provide additional updates on these items in the coming weeks. 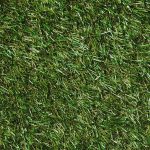 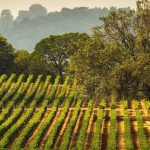 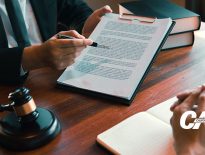 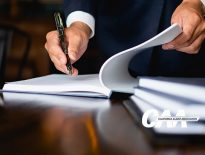